Homemade Pantry Staples made with a Vitamix 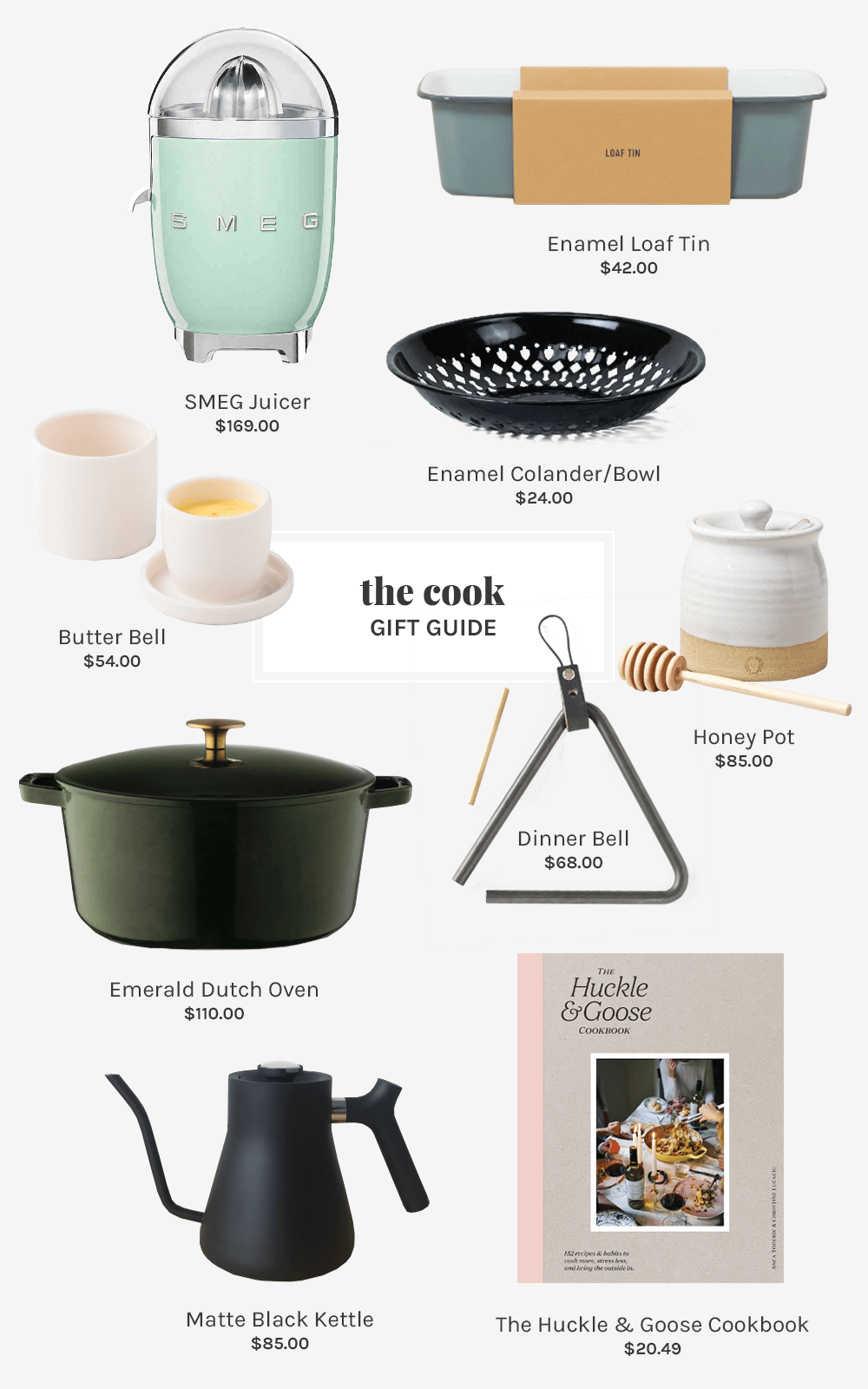 I haven’t done a gift guide in a couple years. But this year I have a couple ideas for you—from the cook to the fella to the tiny human to the stocking and the minimalist, aka the person who would prefer little to no physical gifts (it’s me!). A couple notes for the 2019 Gift Guide. I’ve included asterisks* next to items we own and love. I’ve also included notes on where to buy locally for my Twin Cities friends. If you’d prefer to buy used, search for these items on eBay. I bought Kev’s used present there this year. (I hope you’re not reading this, Kev.) And, if you want to read my tangled up thoughts on gifting and minimalism, check out this post. Here’s to figuring out how to wade through this holiday season—preserving the best things and revising the rest.

Gift Guide for the Cook 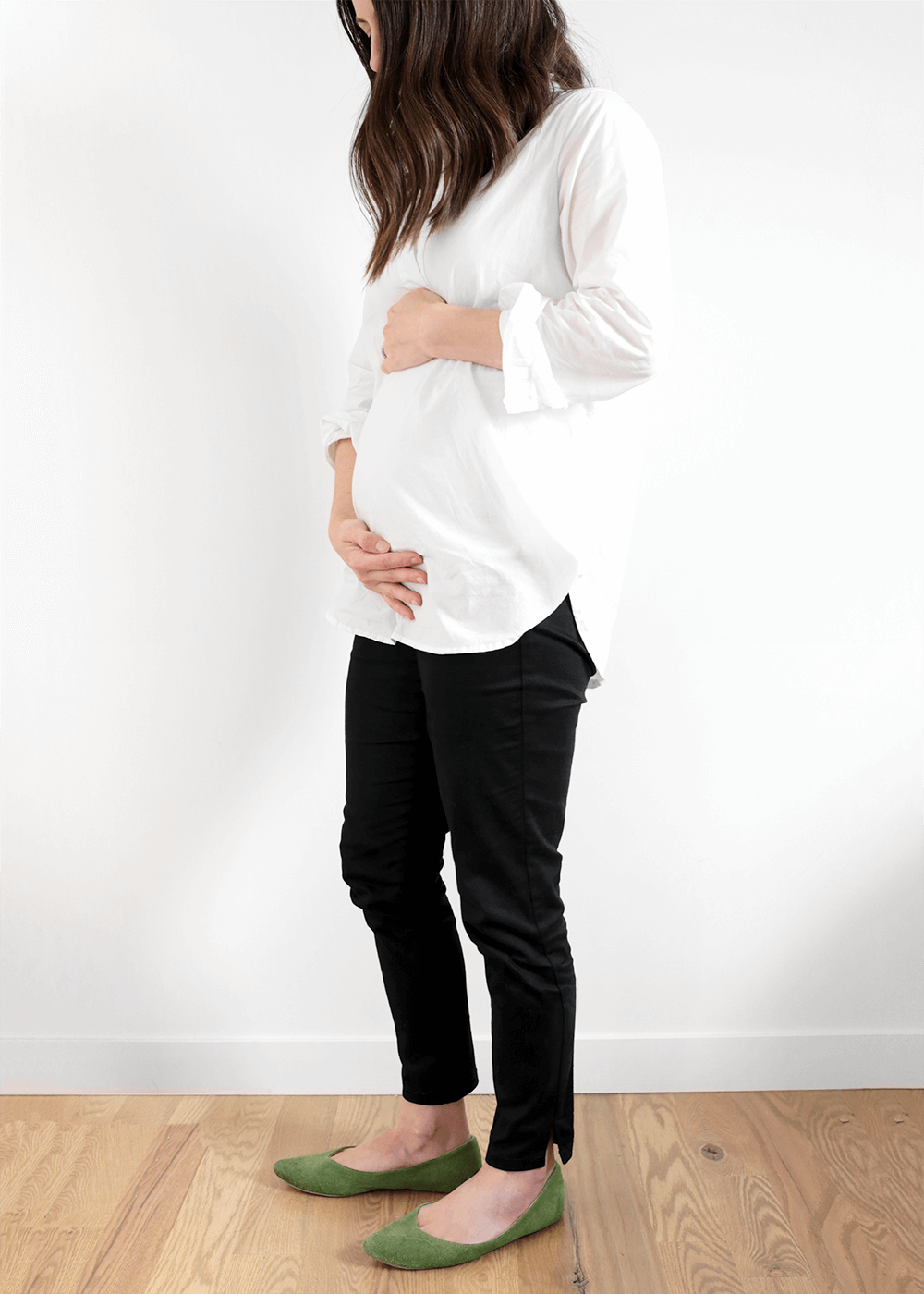 Kev always says this to me. “What is now, will not always be, Mel.” “But Kev, I’m serious,” I say, “I’m never moving from this house.” I hate it when he says it. It’s like he knows me better than I know myself, like he sees something I can’t see yet. It’s like he’s trying the shake the unsteady ground I built for myself with a pile of permanent claims that might not be so permanent. The longer I’ve lived with Kev, the more space I’ve given myself to be unsure about it, sometimes, about it all. END_OF_DOCUMENT_TOKEN_TO_BE_REPLACED

It’s annual Gift Guide time. In true fashion, it’s last minute and preceeded by a post professing my Grinchy-ness about the over abundance of this holiday. It usually takes making these gift guides for me to get in the spirit of giving thoughtfully and minimally. This year, we have gift guides for the person who works from home, the coffee lover, the dinner maker, and the threenager. I’ve placed an asterik* next to all the things we own. (They’re tested and loved!) For more ideas, check out years past: 2015, , 2013, 2012 and Edible Gifts (add Homemade Nutella and Molly’s Chocolate Halva Spread to the list too).  END_OF_DOCUMENT_TOKEN_TO_BE_REPLACED 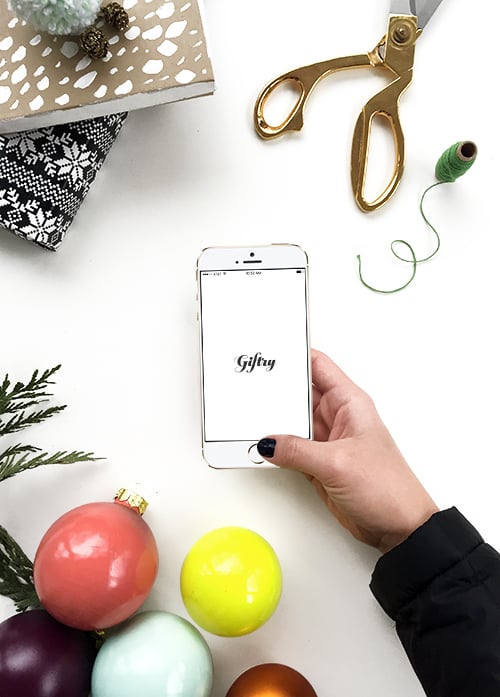 If you’re related to me, stop reading. Especially you, Hallie (the twonager). Your Christmas gift is below. I’m teaming up with Giftry again this year to inspire your last-minute holiday gift buying, and hopefully eliminate all the stress (minus the wrapping). I’ve got lists for the Copper Shopper, the Pizzaiolo (pizza chef), the Plaid Lover, the Mixologist, the Stocking Stuffer, and the Twonager. If you’re not already familiar with Giftry, they are a gift-giving and list-making app. So when your mom, mother-in-law, sister, mister, and brother ask you for gift ideas, you make a Giftry wish list. Send that same list to each of them. Make them create one too. (I’m talking to you, Mom.) When the gift is bought, mark as purchased. No more wandering aimlessly around the mall or spending hours in the return line post Christmas. Save time. Make christmas cookies instead.  END_OF_DOCUMENT_TOKEN_TO_BE_REPLACED

His and Hers Brilliant Bikes 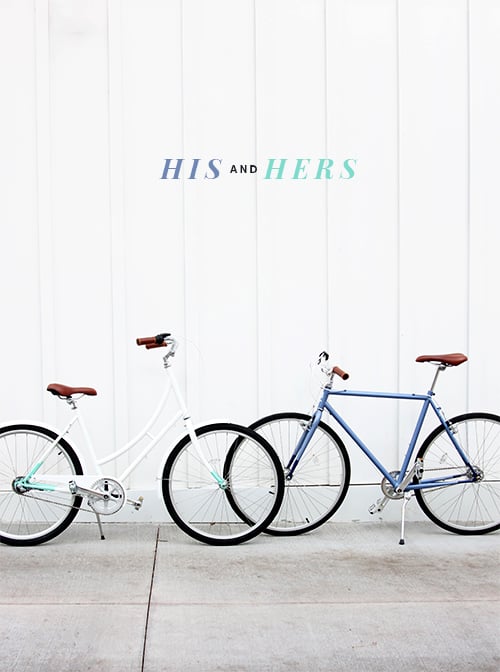 You may remember the Balsamic Pasta post a couple months back. It was more about marriage than it was about a recipe. It was about how we forgot to have fun together—a simple revelation that we came by the hard way. We found that carefree fun again between a couple of red paddles and a ping pong table from Craigslist. We also found it after renting bikes to trek around the city with out-of-town friends. Afterwards, we decided a set of wheels would be another good investment in us. Brilliant sent over his and hers bikes. (Thank you Brilliant!) We’re in love. On all fronts. END_OF_DOCUMENT_TOKEN_TO_BE_REPLACED 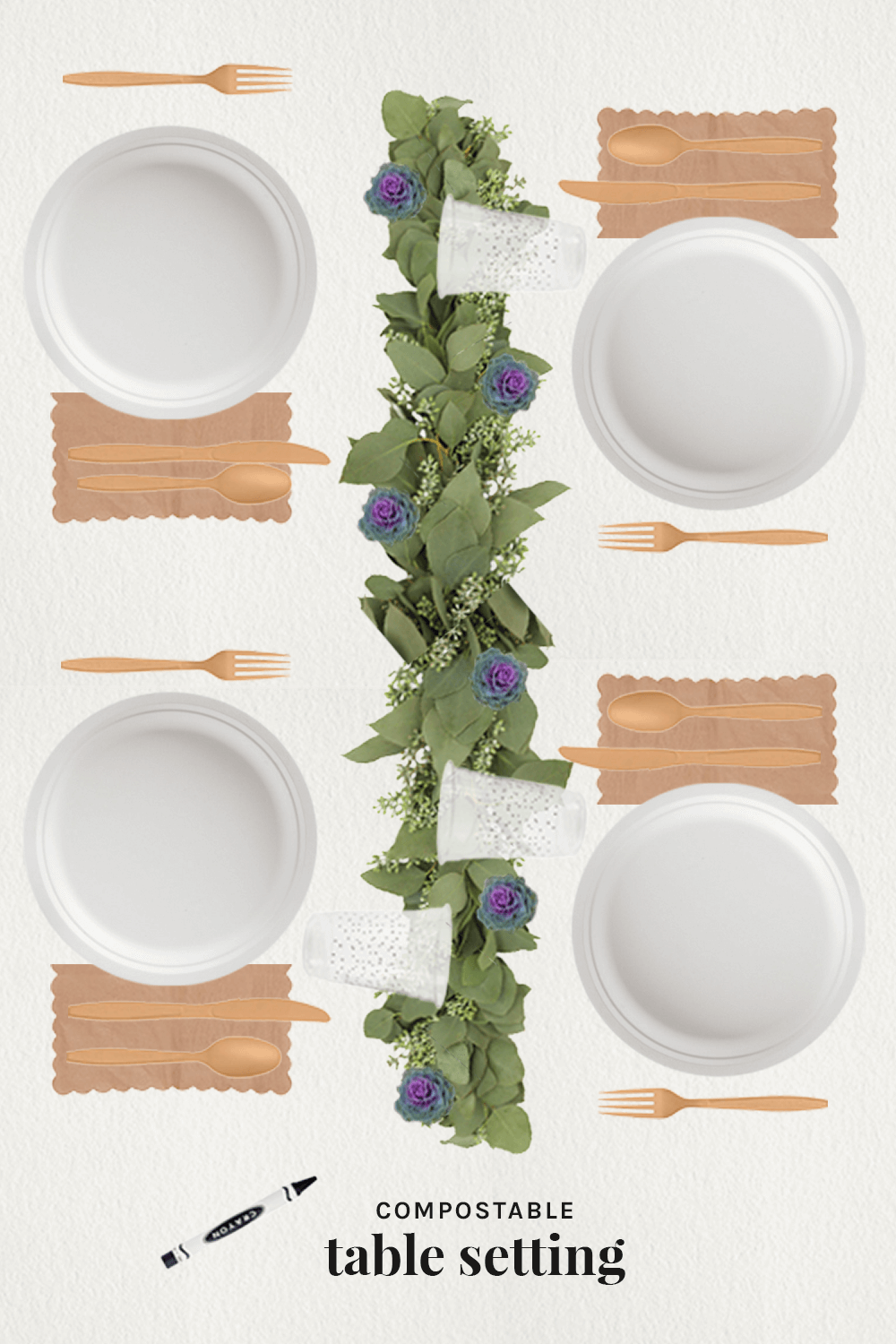 There might have been a time or two when you’ve wondered why I call myself the faux. Well, wonder no longer. Here’s an faux idea! We’re setting a Kid-Friendly Compostable Table for the holidays this year. Some may call it a major faux pas. I’m not even embarrassed about it. The idea came to me while at Ikea. A craft paper holder filled with a roll of paper was sitting on top of a dining table. I wanted to run home immediately (see video for visual reference) and affix it to the underneath side of our table. I’d cover the table in a new roll of paper every day. Kind of like the exam table at the doctor’s office. Gross, Melissa. Hallie would color and spill all over it. And I’d be happy about it.

I nixed the permanence of the roll. It’ll fit in our buffet just fine, and we won’t lose knee-space at the table. However, we’ll still be covering our table in craft paper and using compostable plates and silverware come Thanksgiving and Christmas dinner. Because we have a tiny toddler, and I want her to enjoy it as much as the rest of us. Do I even need to mention how great clean-up will be two days out of the year?!  END_OF_DOCUMENT_TOKEN_TO_BE_REPLACED 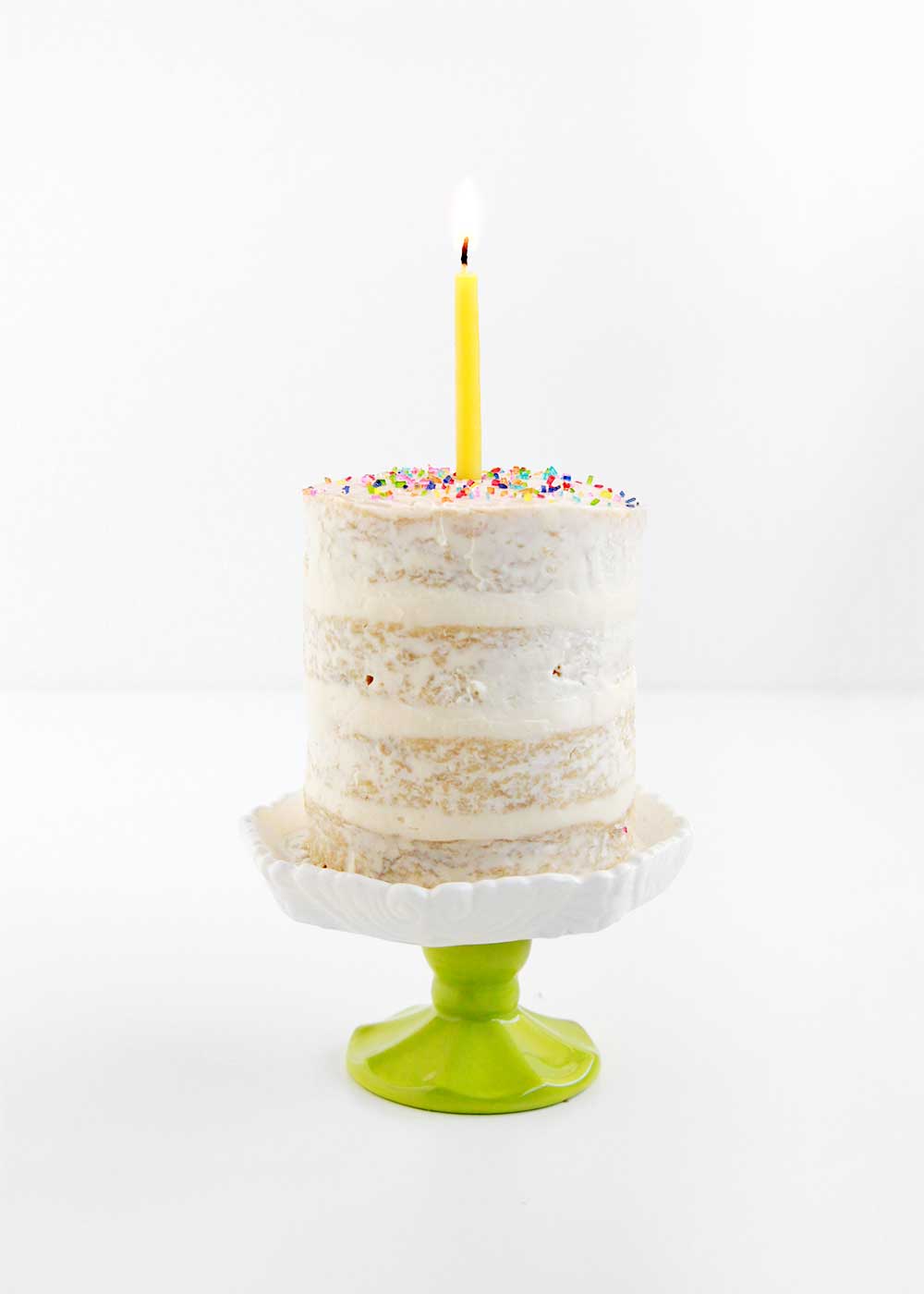 Monday’s are much too frequent these days. Somehow 52 of them have passed, and I have a 1 year old. During bath times I always say to Hal, “Remember your first bath when you were teeny tiny, and this towel nearly swallowed you whole?” She looks at me with a smirk—that I know when she’s 10 will be accompanied with rolled eyes—like, “Mom, stop it. I’m a big girl.” Where did this 8 tooth, food loving, sassy lady come from? END_OF_DOCUMENT_TOKEN_TO_BE_REPLACED 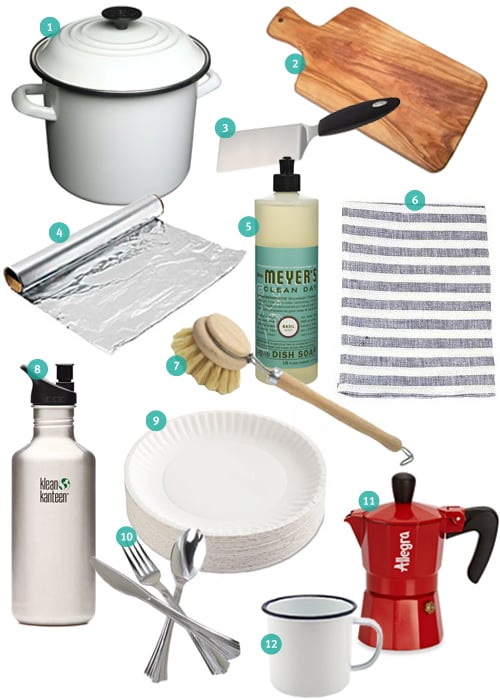