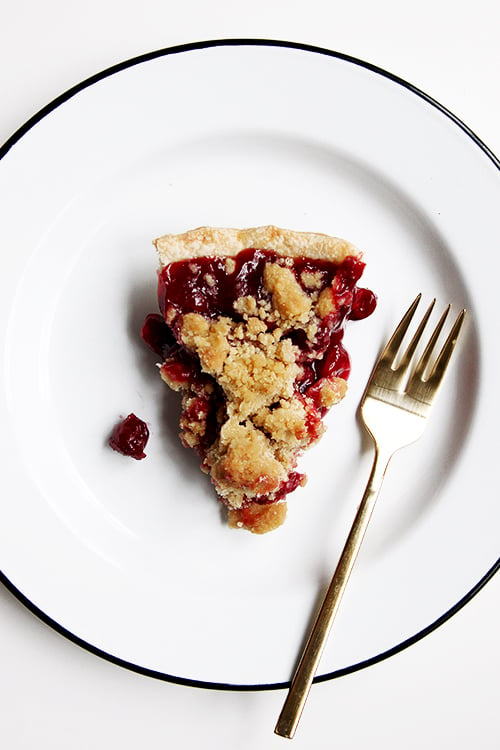 “So I said, “I better start thinking about having my own language in cooking.” I didn’t invent anything really. I just went down to my knees, looked around and remembered all the tools from my childhood. I looked around a bit into the mountains and saw what the natives had been doing. I grabbed all that and I started cooking with it.” —Francis Mallmann 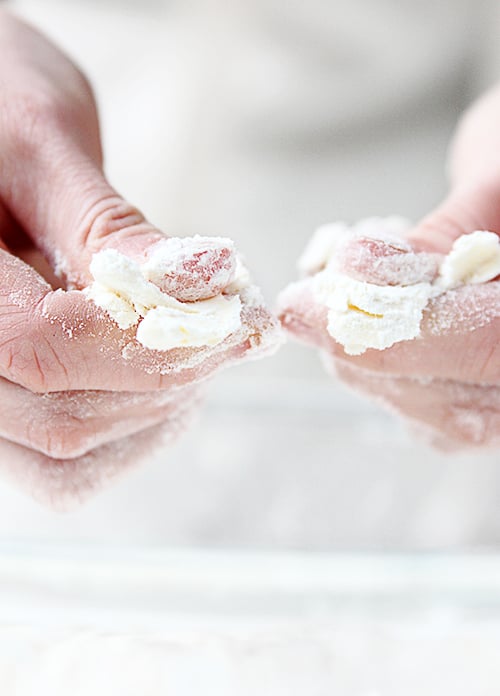 I went to the Splendid Table’s 20th anniversary stage show late October. Stephanie Meyer invited me. I said yes mostly because I wanted to meet her in person and see a couple friends. I’d never once listened to a Splendid Table show. Though I had heard Sally Swift, the managing producer, speak the month before. An hour before leaving, I listened to a podcast so I could say I had listened to a podcast. A table of us met beforehand to grab appetizers and drinks. I was late. I sat down to lobster and oysters and immediately had to divulge that I’m incredibly picky with the palette of a young child. That, and I had just eaten dinner. Tacos I told them. My first impression is a always good one. 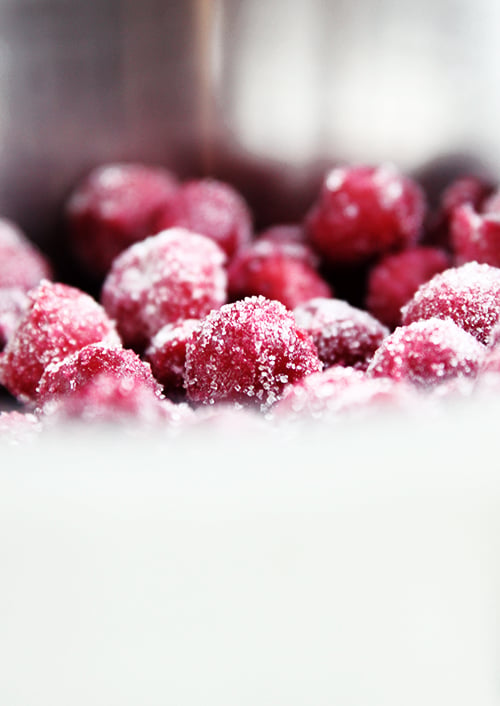 We went on to the event. Well known food writers, personalities, and chefs graced the stage. Everyone of them unfamiliar to me. I’ve never claimed my name so hard. “I call myself the faux for good reason,” I told them.

I pulled out my phone while Francis Mallmann spoke. Another faux pas I imagine. I added the word grabbed to a note, hoping I’d remember its meaning later. Francis spoke of his highbrow culinary training in France and the arrogance that followed. He talked about how he mimicked other chefs in the early years of his career until he was knee-deep and unhappy with the homogeny. That’s when he started talking about grabbing things from his past to create something meaningful moving forward. Francis went on to make huge fires, simply put, and cook meat for 20 hours or more at a time. It’s an art. You can watch it on the Chef’s Table via Netflix. 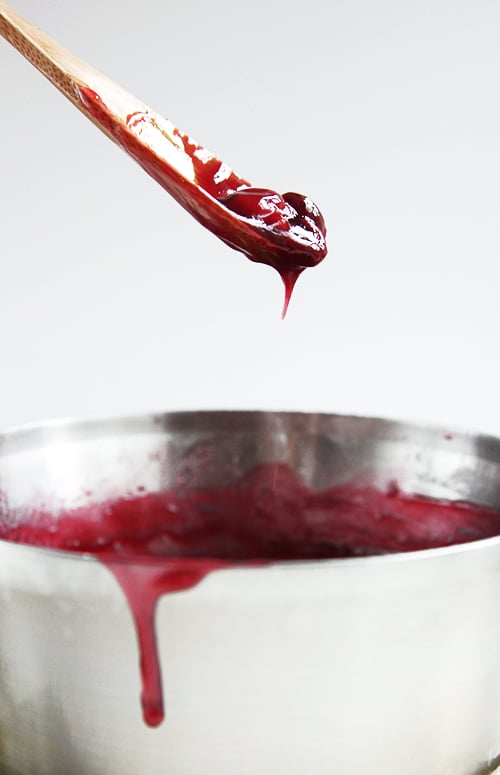 But what stuck with me more than anything was the act, both figuratively and literally, of grabbing. I imagine him walking through a grocery store filling his cart with the things of his past and present. He picks up each item, carefully surveying whether he’ll put it back on the shelf or into his cart.

I went home that night feeling inspired and ignorant. I’d spent the last 7 years immersed in the food blogging world, 10,000 miles apart from the professional world. I’m usually an either or person. But that night, or maybe it was the next day, I felt OK with both. I didn’t feel less than. I felt just right. I’m a home cook. Semi-self taught. I watched the Martha Stewart Show all throughout college. And I read the King Arthur Whole Grain Baking Book from cover to cover. I thumbed through Cook’s Country magazine, a gift from my dad, whenever it came in the mail. I watched my parents put a hot meal on the table every night. And ate plenty of TexMex growing up. Tacos are a food group at this house. I get my recipe ideas from eating out. Like this Tart Cherry Almond Pie with a generous hit of almond. It’s topped with a crumble and surrounded by a delicate pastry. I first ate it in Traverse City, MI late summer. It’s the best pie I’ve ever had or made. Red Ribbon worthy.

Like Francis, like you, and like me, we grab things from our periphery and make something out of them. Hopefully something great—whether it’s a raging fire or a tart cherry pie. They’re both profound in their own respect. It’s true what they say. We are the sum of our parts. Or maybe it’s the sum of our shopping carts? Formed in a posture so humble, as Francis says, as our knees. 10,000 miles and a world apart, I don’t think we’re all that different. 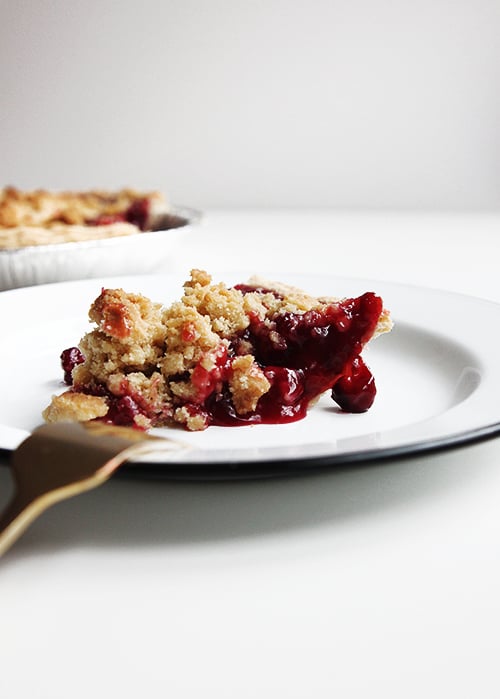 This pie steals its flavors and composition from the Grand Traverse Pie Company in Traverse City, MI. An almond tart cherry pie with a crumble and soft crust. Look for frozen Montmorency tart cherries at the store. They are picked at the peak of the season in northern Michigan and frozen within hours from harvest. Cherry pie all year long! The filling is cooked ahead of time to get the process started, allowing everything to finish in the oven at the same time. No burnt crust or over-browned crumble. I hate to be presumptuous, but I’m pretty sure this guy could win a ribbon or tow. Best when made a day in advance.

Thanks PieBox for sending over the PieBox! I’ll also being joining our ring leader, Oh, Ladycakes, on the #PIEITFORWARD initiative. She’s encouraging us to drop off a pie to someone working on Christmas. I love that idea. I would have never got there on my own. I might just grab it as an annual Christmas tradition. Speaking of, Merry Christmas friends!