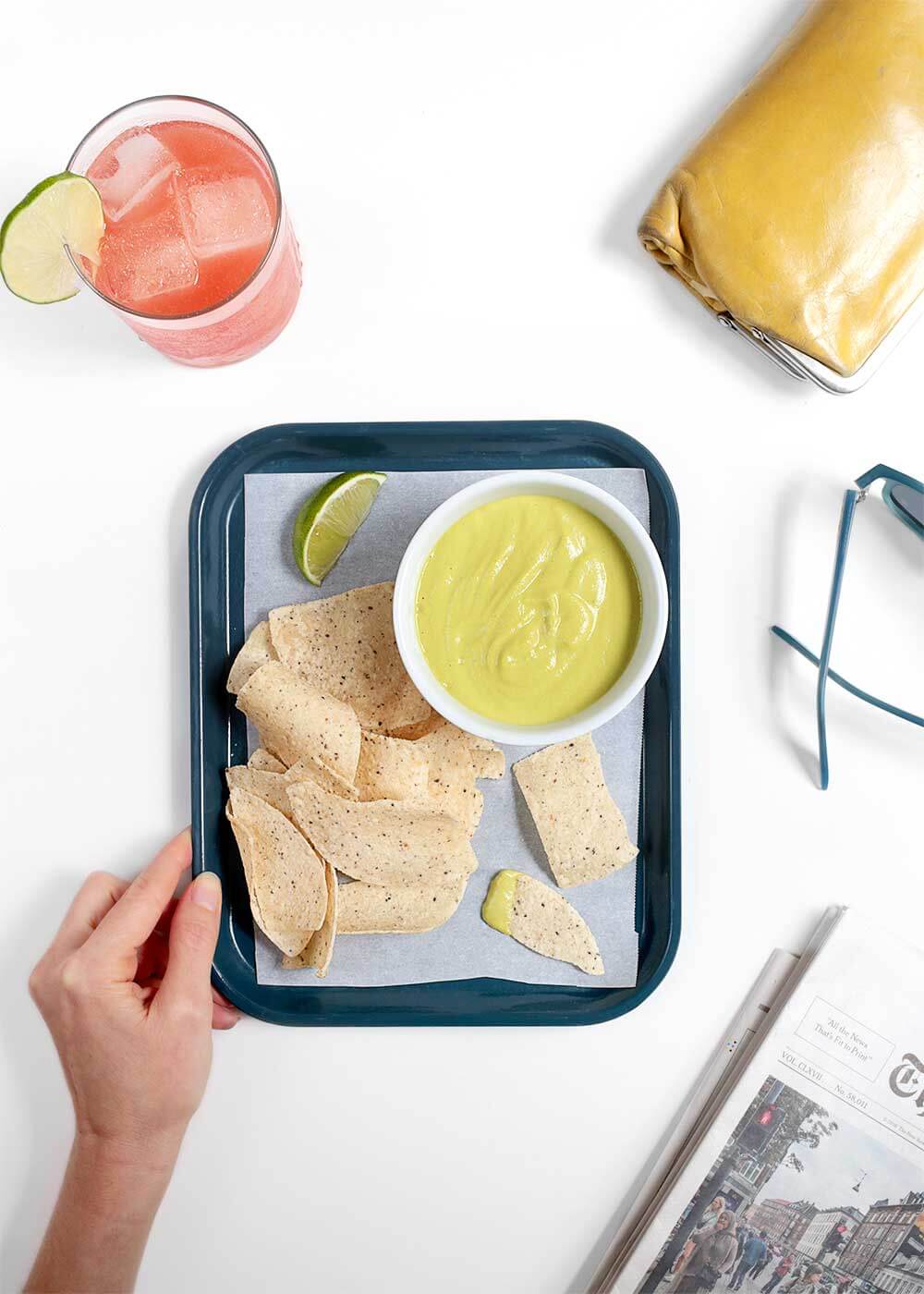 When I hopped off the plane a couple weeks ago from Texas, I bought everything to recreate a cashew queso I fell in love with over lunch. I also bought everything to recreate Salsa Doña, a creamy jalapeño salsa from Tacodeli, that I fell in love with during another lunch. Between those lunches and recipe testing, I’m dubbing this the summer of salsa (and chips). Because I’ve eaten a lot of them. 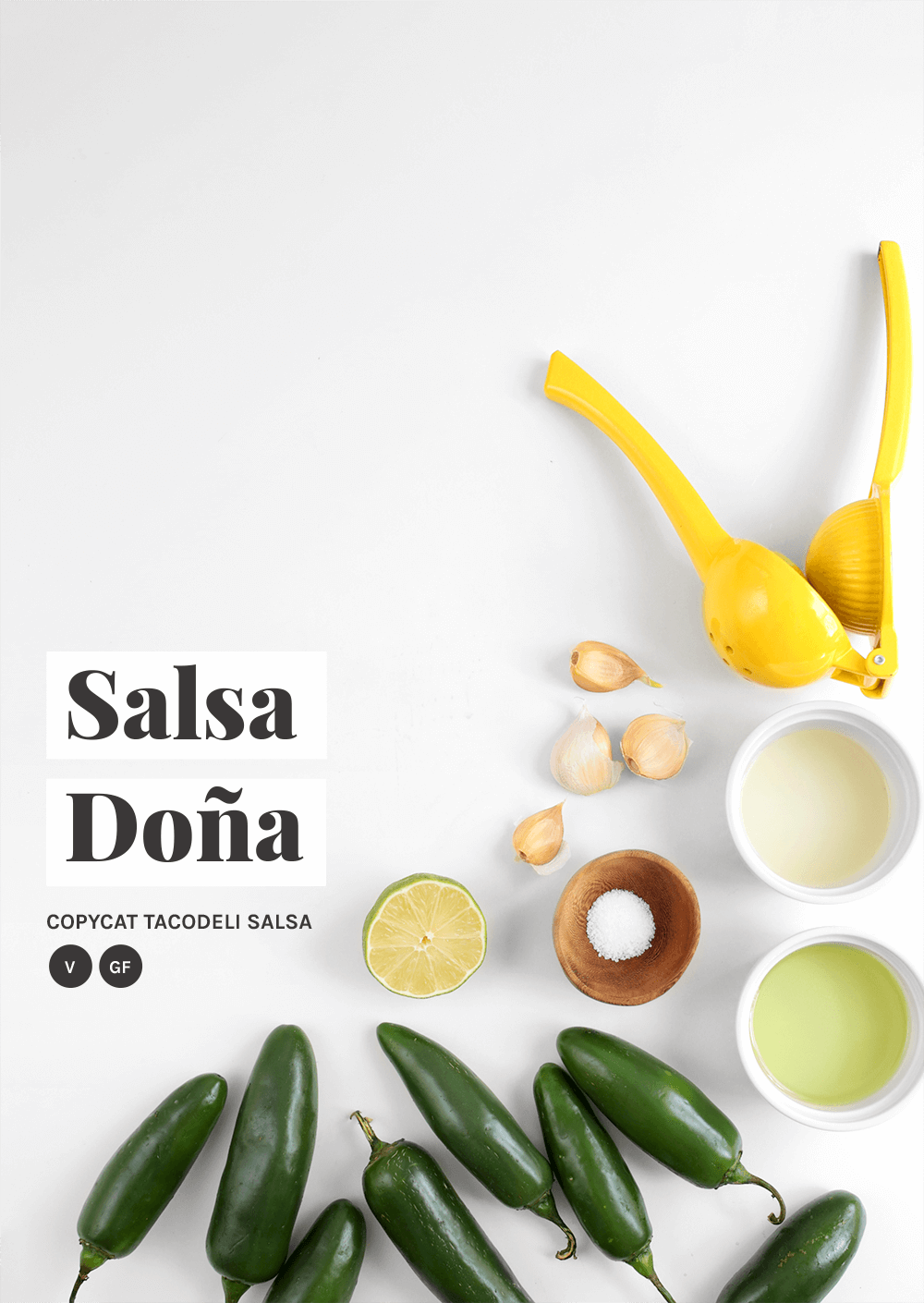 Salsa Doña is made from minimal ingredients—jalapeños, garlic, oil, lime juice, and salt. The jalapeños and garlic char under the blazing hot oven before their meaty insides blend into an incredibly creamy salsa, so creamy you’ll go looking for cream in the ingredient list. It’s not there. With the large base of jalapeños, this salsa runs hot. So hot! (Well depending on the heat of the peppers, which can vary greatly.) Though, once you get past the initial heat of the first bite, it’s intoxicating, hard to quit even. (See recipe notes for the boiling method.) 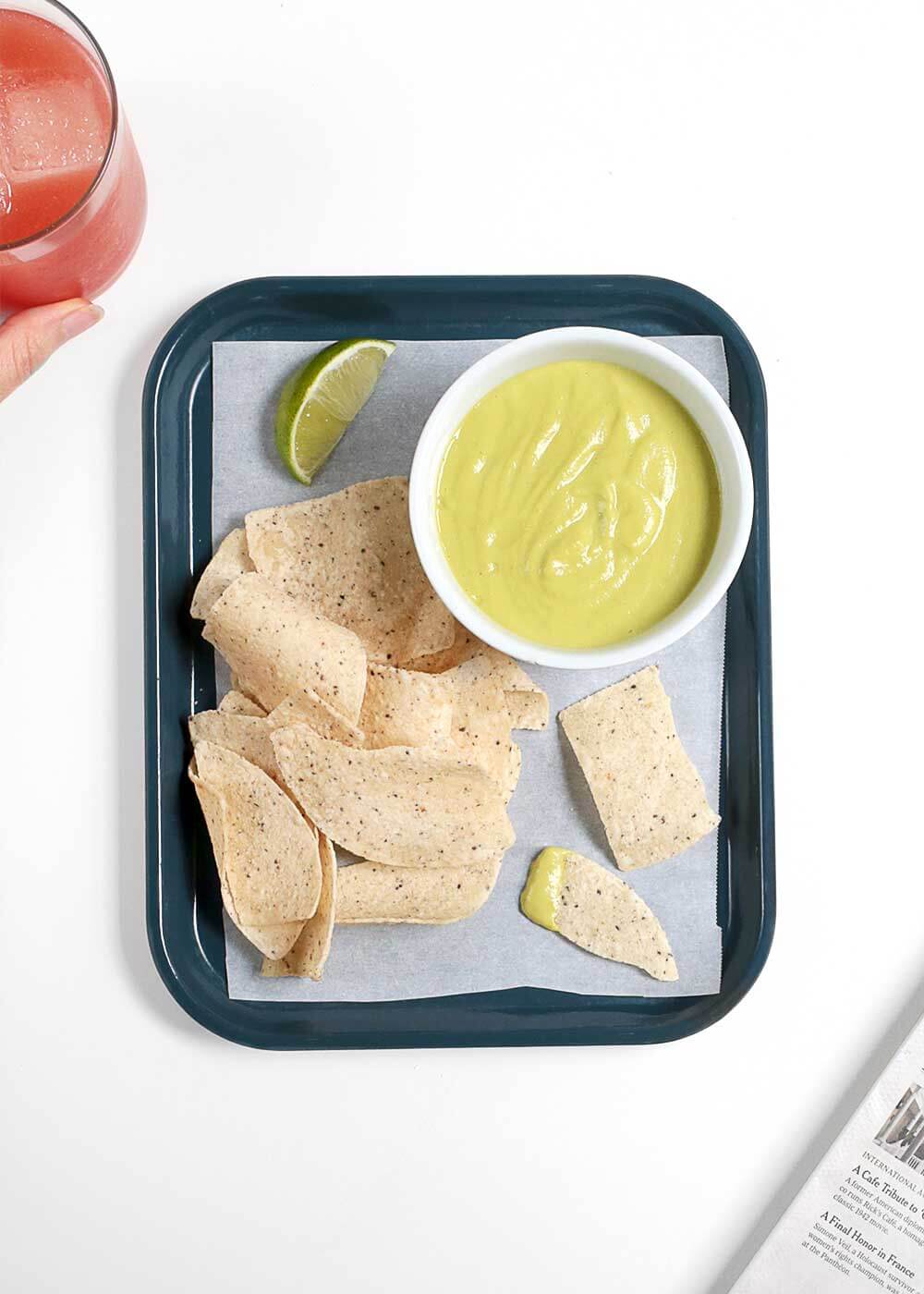 Before we jump into the how-to, I have a warning. Maybe don’t serve a bowl of Salsa Doña next to a bowl of Cashew Queso at book club as the sun goes down on the outdoor patio when the light fades and the queso and the salsa begin taking on the same color. Also, maybe don’t bring this to happy hour without a little label labeled SPICY! Maybe do serve it with a semi-sweet drink, like the Watermelon Agua Fresca from my book or this hard lemonade. And finally, don’t let these warnings deter you from making this salsa. I’m starting to sound like a pharmaceutical commercial during Nightly News. This drug can help. It might cause a stroke or even death, but this drug can help. It’s spicy, but Salsa Doña might just be my favorite. 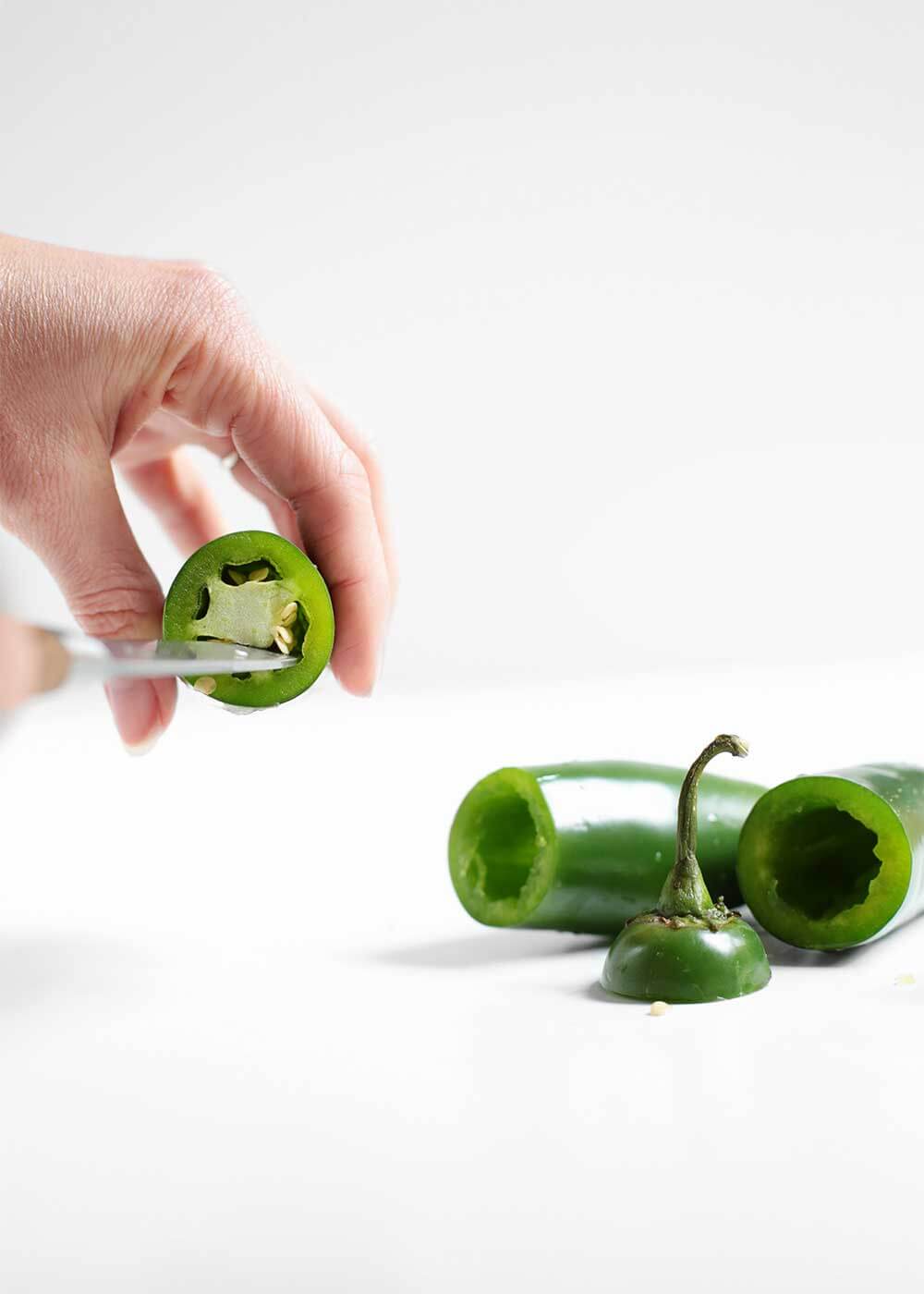 How to Make Salsa Doña

There are several methods for making Salsa Doña. One includes boiling the jalapeños (see notes for cooking instructions). I’ve never been a huge fan of boiling my veggies, so I opted for the roasting/charring method as it yields a rich, almost caramelly flavor that pairs nicely with the heat. Begin by lopping the head, the stem, off each pepper. Then, using a paring knife or a grapefruit spoon, scrape the insides out, including the seeds, without piercing the pepper. By removing the seeds before cooking, we’re helping control the heat of the salsa. 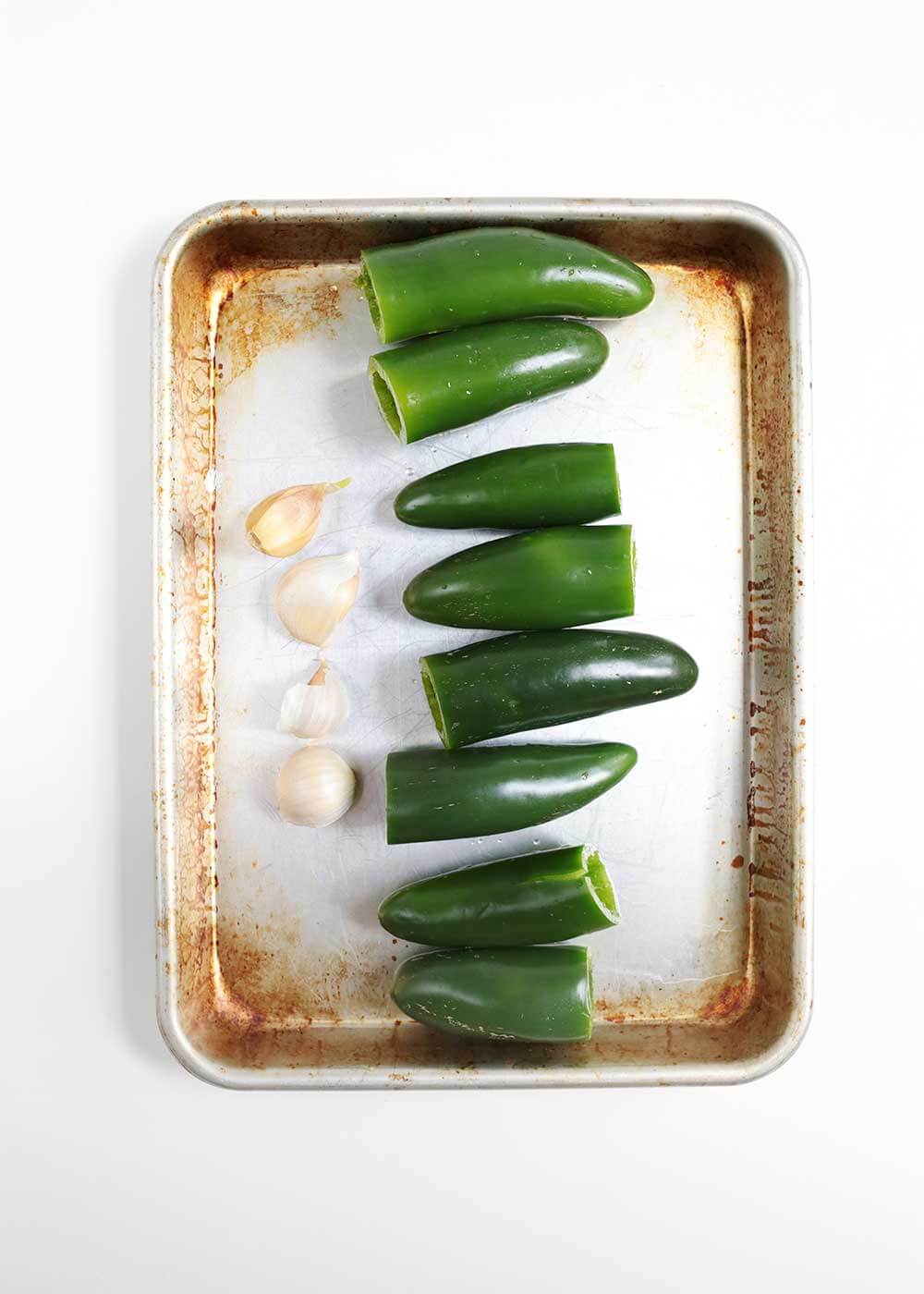 Then roast the peppers and garlic on a baking sheet under the broiler until charred. This process is similar to roasting red peppers over an open gas flame. We’re doing the same thing under a broiler. Remove the garlic halfway through. Due to its smaller size, the garlic will cook faster than the peppers. 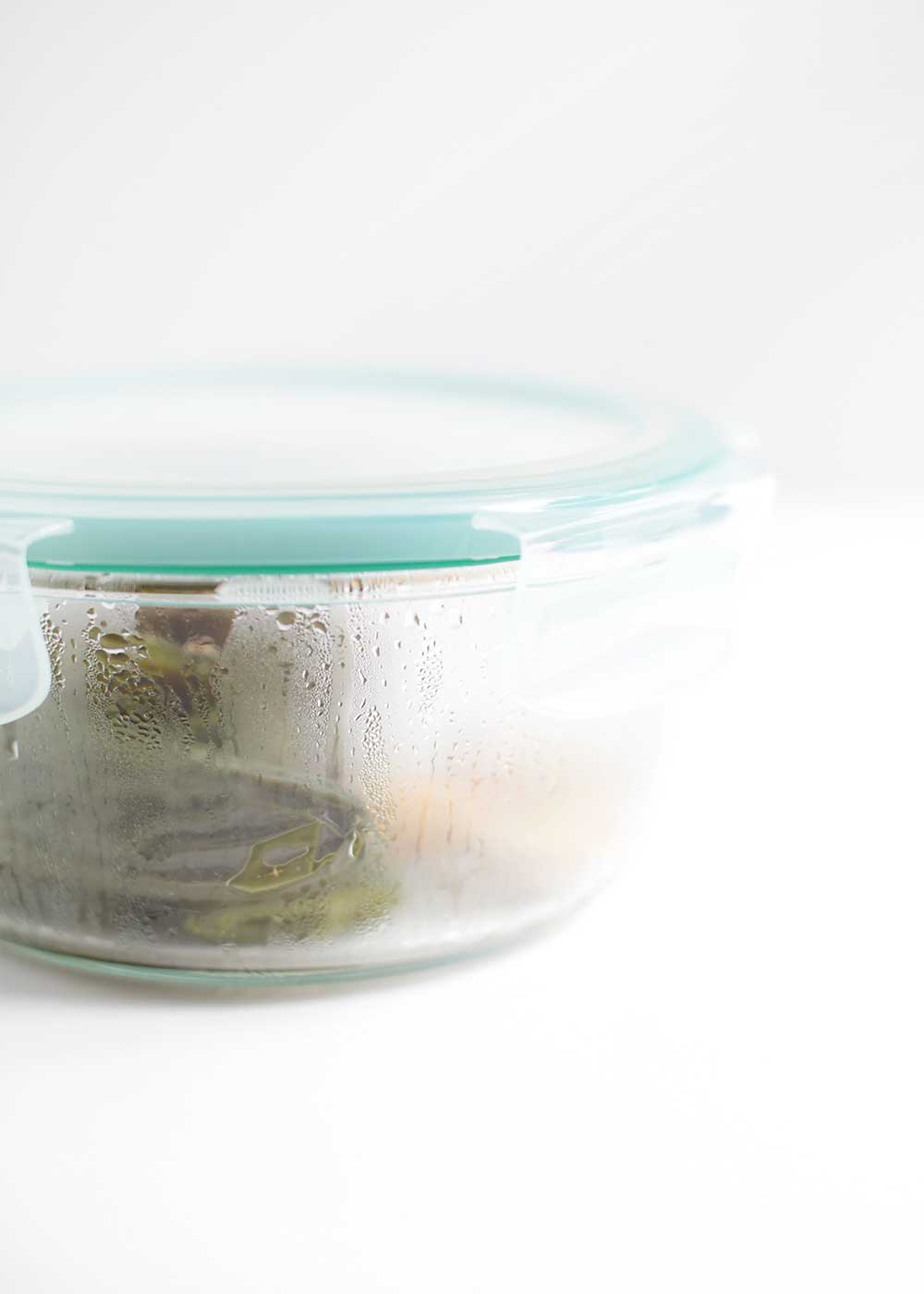 Next place the garlic in an airtight container to steam. Then add the peppers once done. (I love these food storage containers.) 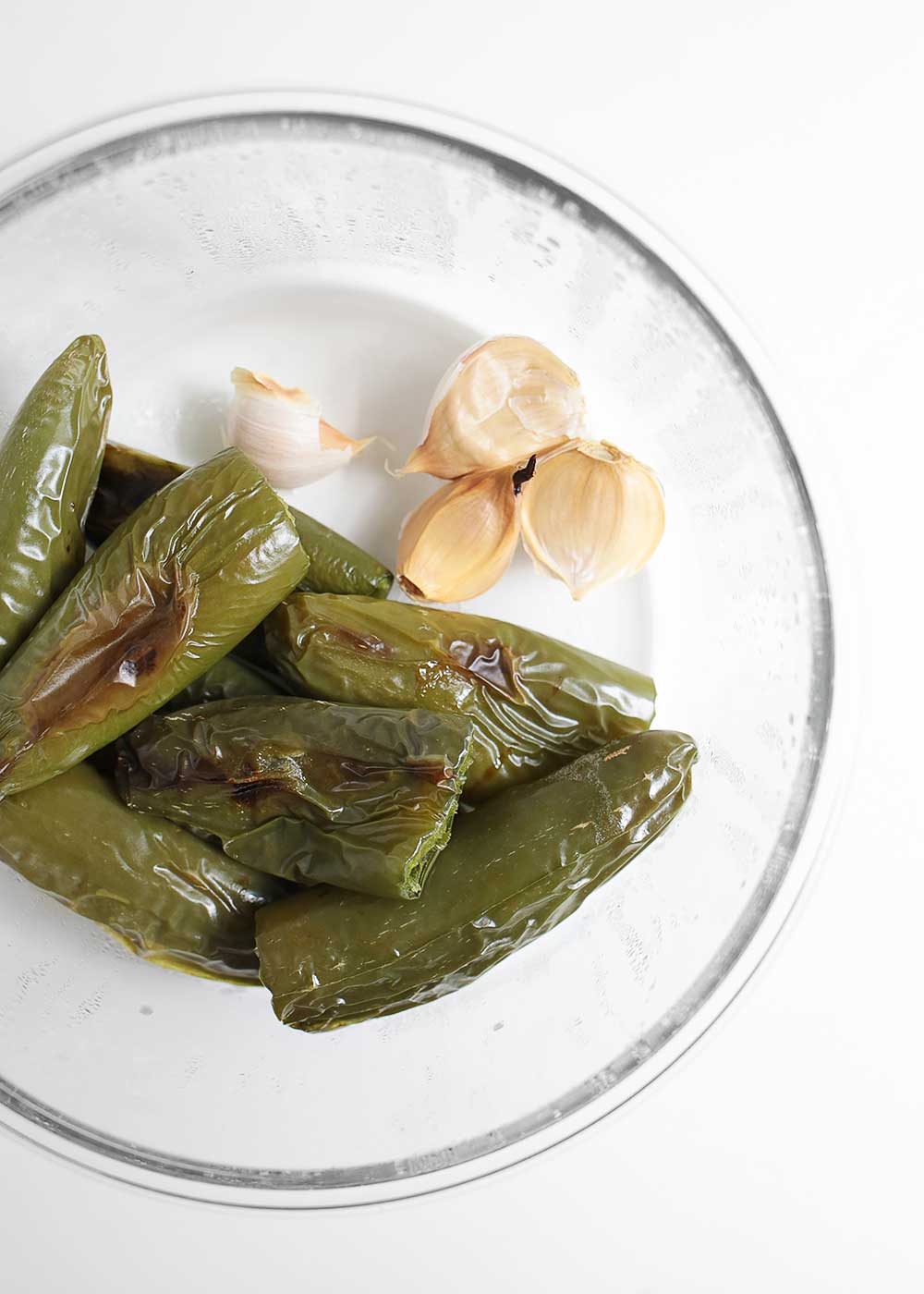 They’ll look like this after steaming. It’s time to remove the skins. They should slip right off. If not, try steaming a bit longer. Or, char them a bit longer next time. 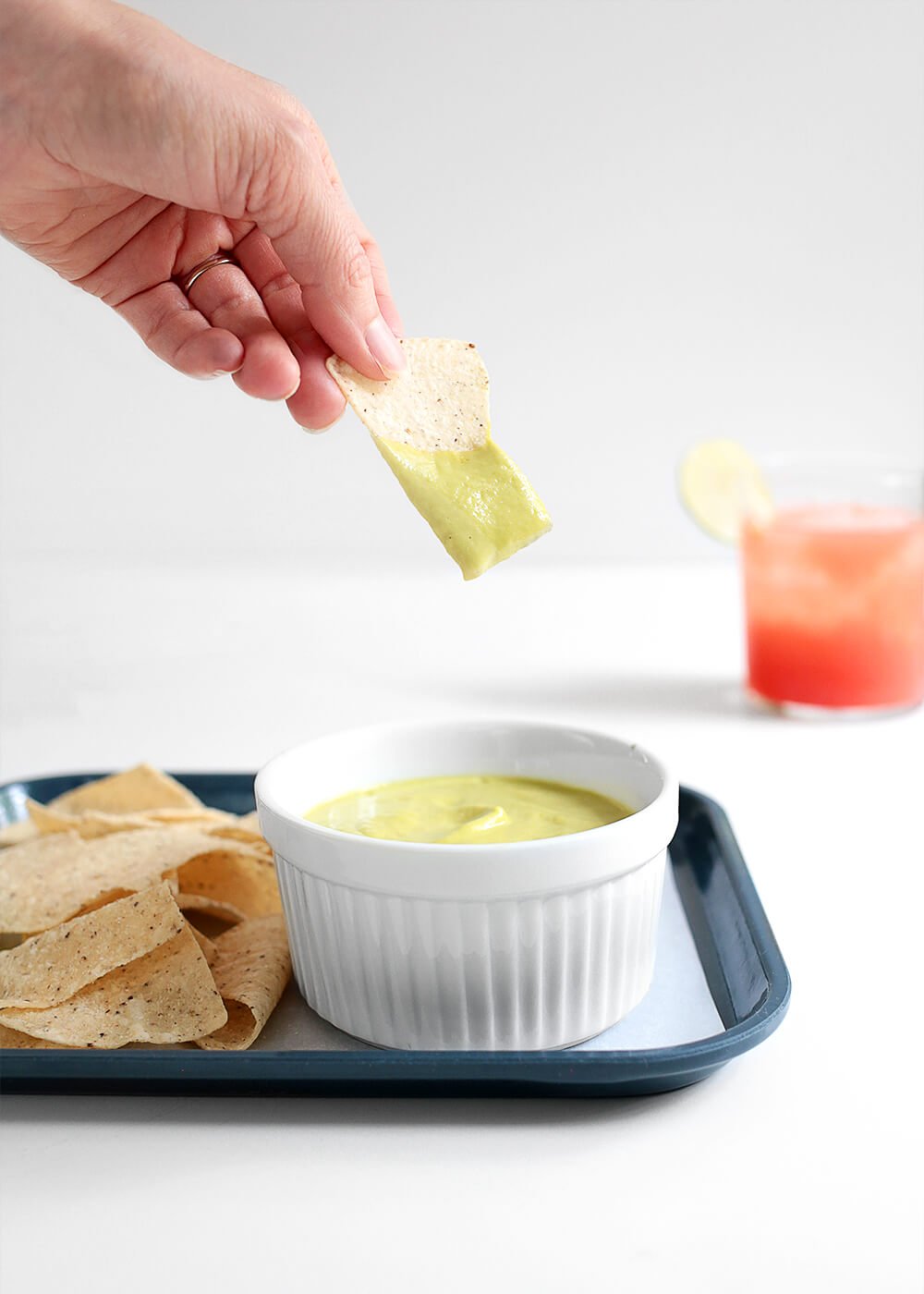 Add the jalapeno peppers, garlic, and all remaining ingredients to the blender and blend on high until it whirls into a creamy dreamy spicy Salsa Doña. Just add chips and a drink.

This is a copycat recipe of Tacodeli’s Salsa Doña. It’s a creamy, spicy salsa best served with salty chips and a slightly sweet drink. Note: this salsa is best made atleast one day in advance. See notes for alternate cooking method.

On a whim, I tested the boiling method, where you boil the entire jalapeño, adding in the garlic at the end. It’s a great alternative and an overall quicker prep time as you don’t have to peel the peppers. I’m partial to the flavor of the roasted, but either route is a good one! To make, boil the jalapeños for about 15-20 minutes or until they become tender and lose their bright green color. Add the garlic in at the last 2 minutes of cooking, peel and all. Remove from the water. With your gloved hands (a plastic bag or wax paper bag will do) remove the stem and seeds. Remove the peel of the garlic and blend as directed above.

Recipe adapted from Brisket and Bagels.