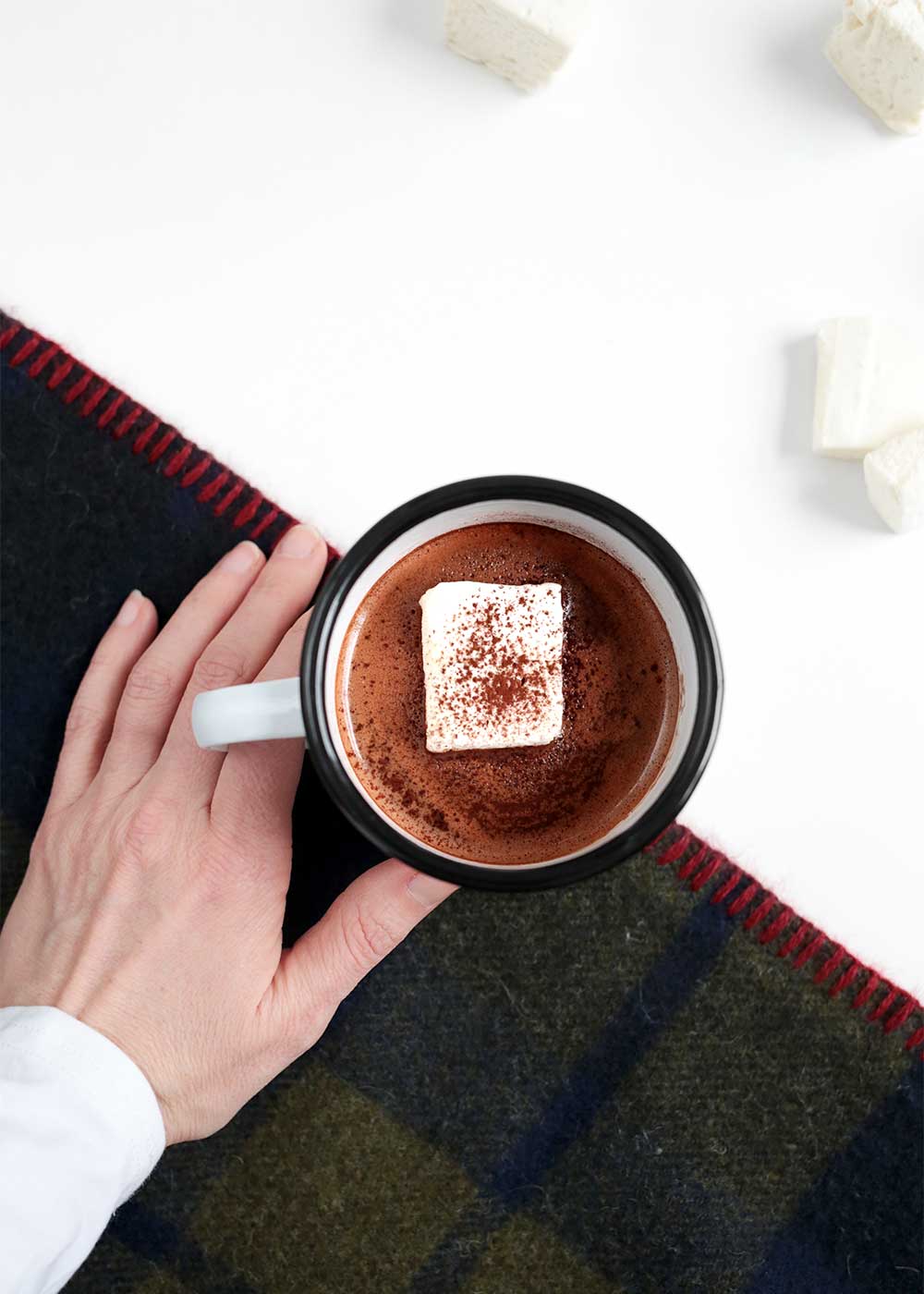 “Sometimes I wonder if it’s harder to stay than it is to go,” Kev says aloud. Kev wonders a lot of things, which makes him a good psychologist, which also makes me wonder about things I’d overlook. Cozy up with me for a second over a cup of Tres Leches Hot Chocolate. I have a story about staying, a story that was slowly telling itself last year.

I met last year, 2018, with a lot of uncertainty about whether to stay or to go. Had this whole blog thing run its course? Had I run my course? I was burnt out, in over my head, and my confidence was at an all time low. I was doing less creating (what I’m best at) and more contract reading, project scheduling, and emailing back and forth (what I’m the very worst at). I also had a book to launch and was learning to use my voice as a communication tool. The road from my brain to my mouth was unpaved up until this point. I quickly learned, I was not a natural at speaking, and I needed to present like one in a couple months time. I had a personal blog, too, that had grown into a business, that some were calling a brand. I didn’t exactly plan my way here. I’m not a planner. But I found myself here, on the corner of what-have-I-created and how-do-I-get-myself-out-of-this, digging for the rose colored glasses that fell out of my purse somewhere along the way. 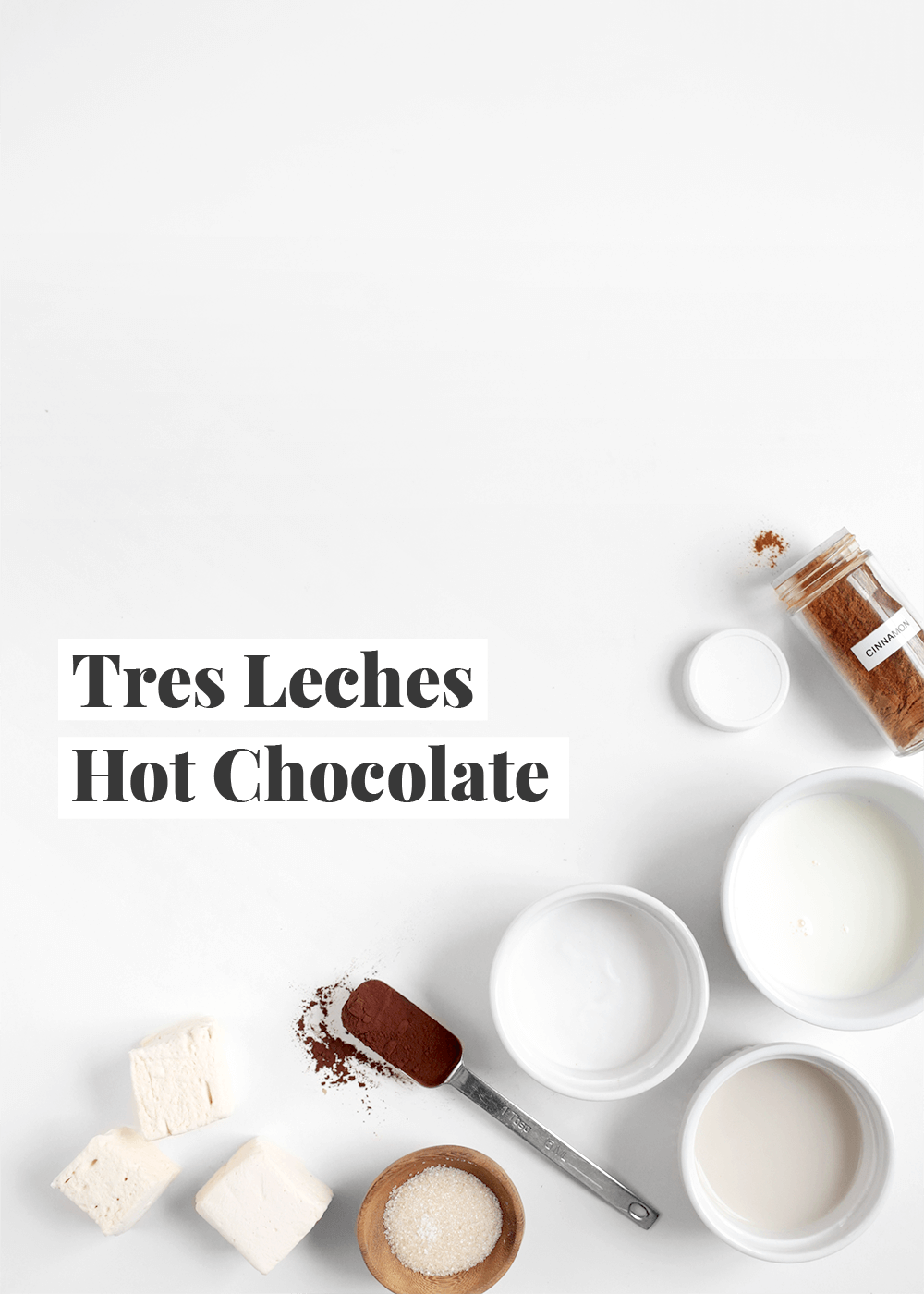 I grew up in Texas where they chanted—bigger is better. I wasn’t always the skeptic that I am now. I believed what they said. But the older I got, the heavier bigger felt. In fact, I found myself with something so heavy I couldn’t carry it anymore. Kev? Can you pick up a side? And he did for awhile. He’s strong, so strong he carried my uncertainties too, which were growing by the day. But to protect our personal relationship, he set the work relationship down. It needed to happen, but I certainly couldn’t hold this weight by myself anymore.

I titled last year, The-Year-of-the-Pivot because something had to change. I had been talking about it for years, saying things like—I need to wrangle my work/life balance (which had become the same thing); I need to stop working at such a frenzied pace; I need to put down my phone at night and on the weekends; I need to quit giving power to the stats and the likes and the double taps; I need to say no more (even to good things), and on and on. I thought that just by talking about it, it would fix itself.

It didn’t. And I had a big pile of a problem to figure out, which I gave myself a year to do. The story starts here over Orange Poppyseed Baked Oatmeal in January, then shows up in a post on Grey Hair in February, before really settling in to this post titled The Horse Named Hustle in June, when I announced (with hesitation) that I was staying and hiring someone. If you’d prefer to listen to this story instead, I had this entire conversation with Bjork on Food Blogger Pro Podcast.

There’s a shiny allure to new things. A grass-is-greener and a rose-colored-glasses kind of allure. You begin to wonder, if I do something new, maybe all my problems will go away, or maybe they won’t be as bad. But what if…what if they are? It took me awhile to realize it, but a change in scenery wasn’t necessarily going to fix things because the problem would follow me. Because the problem was me. 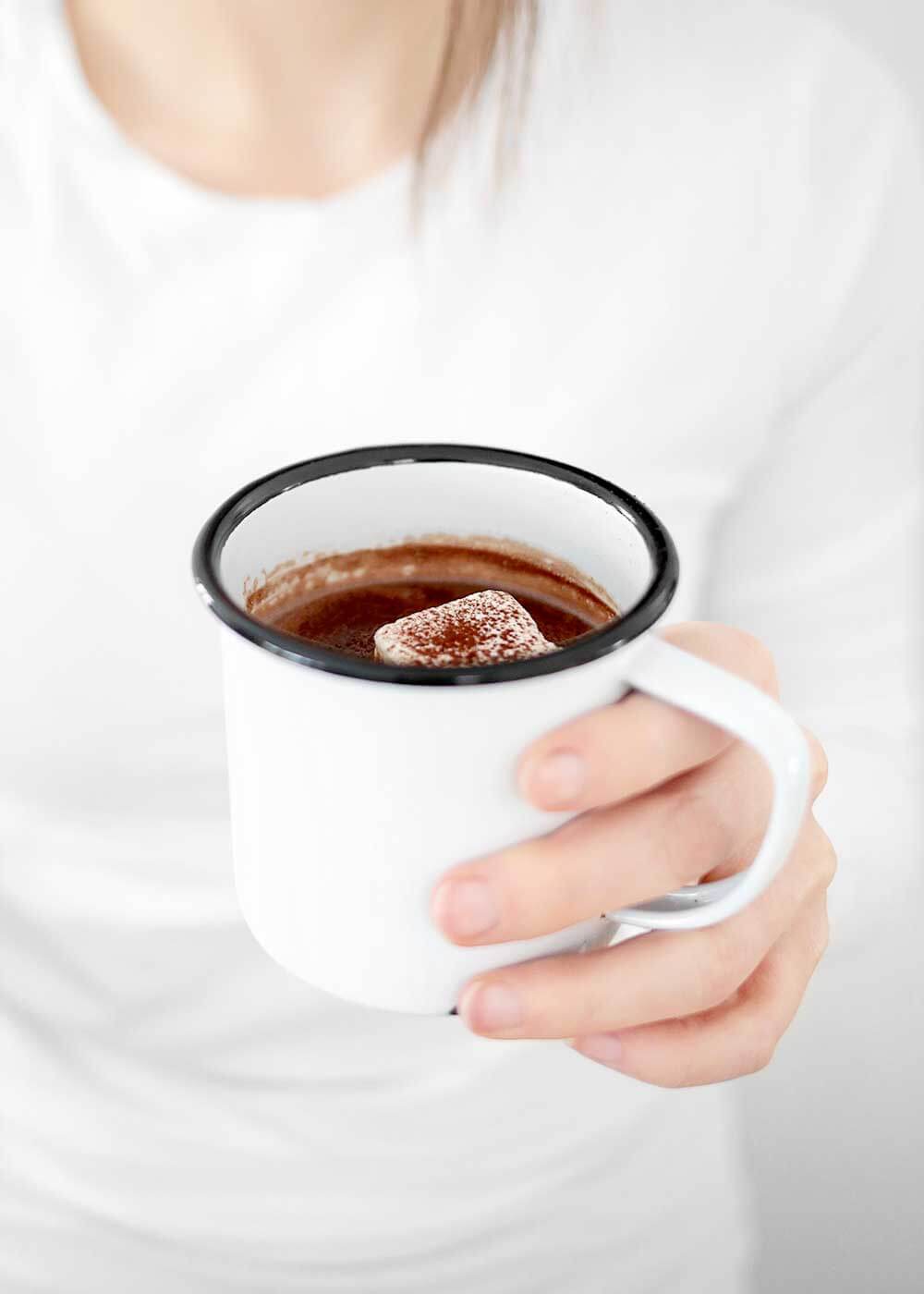 I’m good at self deprecating talk and turning it into humor. What is it they say about jokes? There’s an ounce of truth in each one. Pounds of truth laced the jokes I was telling about myself. And once Kev stepped away from helping me here, I had no one else to blame these shortcomings on. The man in the mirror was me.

During the year of The-Year-of-the-Pivot, I learned a whole lot about that person in the mirror. I learned about her strengths and her deficits. And that they were often one in the same. She’s a Type-B personality who loves to get lost in an idea. She shines in that space. But while she’s lost in an idea, all the day-to-day tasks of running a blog, that somehow turned into a business, pile higher than the shoveled snow banks in a Minnesota parking lot during February.

I talk about myself in third person here because I had to look at myself that way to make an honest assessment of who I was, of what I was up against. While I was excelling at one thing, I was failing at another. Hard. My scale was always tipped towards creating. To balance things out, I’ve spent the last couple of years trying to pull the scale down to even, trying to acquire more Type-A skills to thrive as an unexpected business owner. As I pulled the scale, I pulled my greatest asset, my creativity, the reason I started blogging, the thing I’m best at, down with it. And everything suffered, down to my confidence. All of this was happening during the same year I appeared to be at my mountain top.

I could write a novel on The-Year-of-the-Pivot because it took a novel of time to get to today. I’ll spare you. But if I learned anything worth sharing last year, it’s this. Some people say you can have it all. And maybe you can. But you can’t be it all and do it all well. You can’t be a recipe developer, a photographer, a web specialist, a legal expert, social media extraordinaire, halfway decent writer, author, public speaker, Type-A, and Type-B personality. Did I mention mother, wife, and friend, too? I learned how important it is to know yourself well—your best parts and your worst. And once you know those, it’s important to advocate for your needs and make changes accordingly. The deficits won’t go away on their own. In fact, they’ll usurp the space of your assets if you don’t handle them.

In September, I hired Kimberly, who is managing the business side of things here (my deficit), and slowly working through the heap you can’t see from the other side of the screen. We’re in the process of figuring out what it looks like to work like a minimalist, defining enough for thefauxmartha.com, and creating space for the really good things, which means shedding some of the excess that’s accumulated over the years, that’s taking up too much space. For the first time in a long time, I feel really proud of what we’re doing. It’s been so hard. But it’s been so good.

It’s a snowy day, and I get to work from home. That’s not lost on me. It’s not enough time to get everything done. It never is, but it’s what I have right now until kindergarten starts in the fall. I’ll pick Hal up from half-day preschool and tell her I missed her. We’ll talk about what she ate for snack today (the most I can get out of her), and then we’ll go sledding in the afternoon because we can. That’s where I find the glasses I lost along the way. They seemed to have lost their rosy tint, too. It’s for the better. We’ll warm up with this Tres Leches Hot Chocolate we’ve been making to use up all the random milks in the fridge. It’s so good, we keep making it this way. After that, I’ll wade through a hard issue I’m in the middle of while working on a post I’m really excited about.

I’m convinced. Sometimes it’s harder to stay. But the good things, the really good things, are woven into the fabric too. Right next to the hard parts. And when you step back, they yield a beautiful pattern. I hope mine looks like a cozy woolen plaid. Here’s to staying and wondering and wading through the hard stuff while sipping on the good stuff. 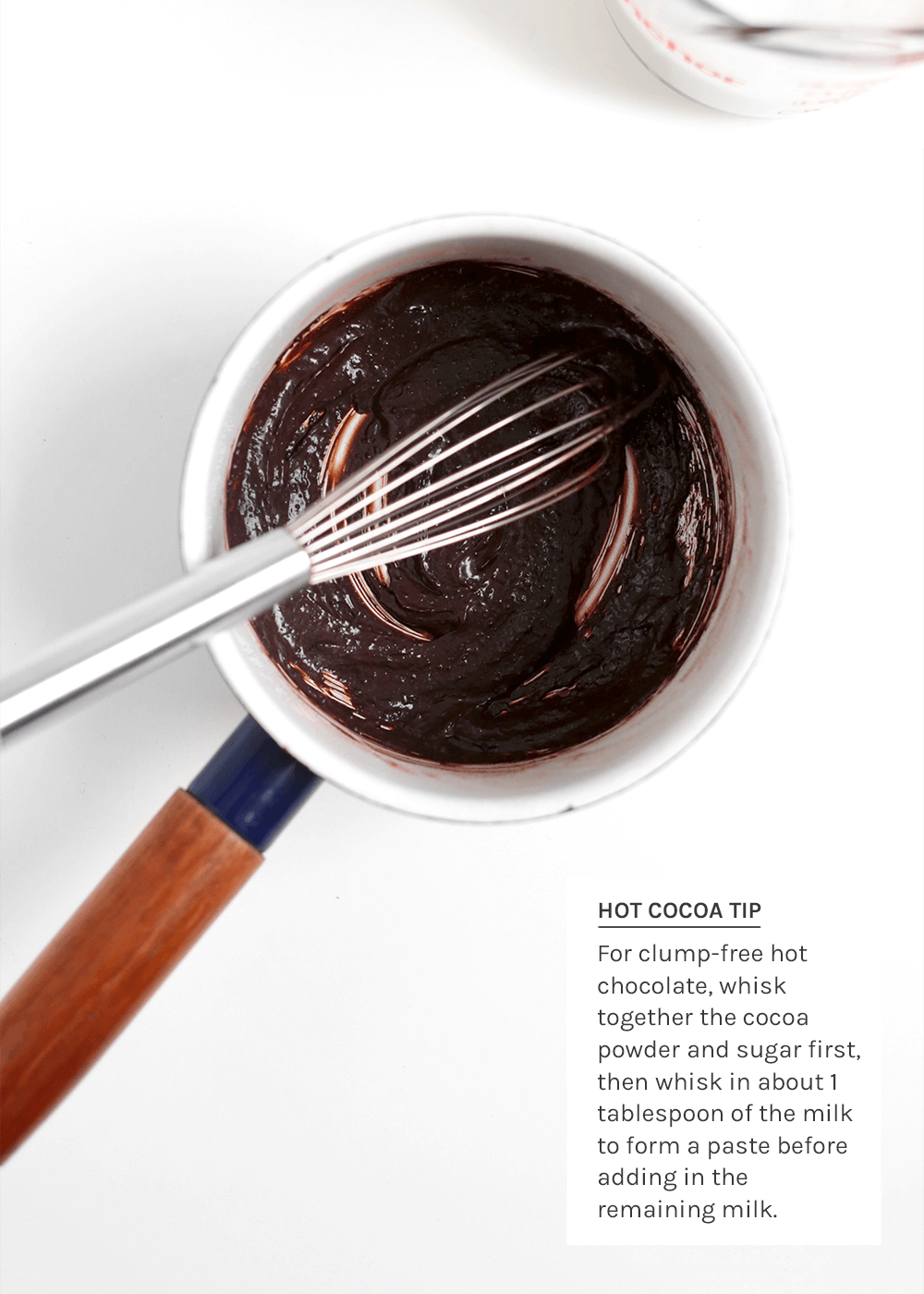 We came by this Tres Leches Hot Chocolate idea to use up all the milk varieties in our fridge. We fell in love with it so much, it’s our house hot chocolate now. Make this with plant-based milks or cow’s milk or both. You choose. This recipe easily scales up for more cups. Note: this makes 1 small cup of hot chocolate (1/2 cup).

Choose 3 milk varieties and pour into a liquid measuring cup, varying milk proportions to your liking. Set aside.

In a small saucepan, whisk together the sugar, cocoa powder, pinch of salt, and dash of cinnamon. Pour in about 1 tablespoon of the milk (you can eyeball this), and whisk into a smooth paste before whisking in the remainder of the milk until smooth. This method will keep the lumpy hot chocolate at bay.

Turn heat to medium and bring to a simmer, stirring occasionally, until hot. Immediately pour into a mug and serve. Add marshmallows if desired. For tiny humans, add an ice cube or a cold glug of milk to quickly cool.