When Kev decided he wanted to become a psychologist, before he took any classes or practiced therapy, he wanted to work in the prison system. This didn’t come as much of a surprise to me. He volunteered at a nearby prison throughout college. He told me he wanted to reduce recidivism. “Recidi-what?” I said. Recidivism is the relapse of criminal behavior after previously serving time. It’s the boomerang effect. Like poverty. Like a lot of touchy subjects that seem too messy to touch. 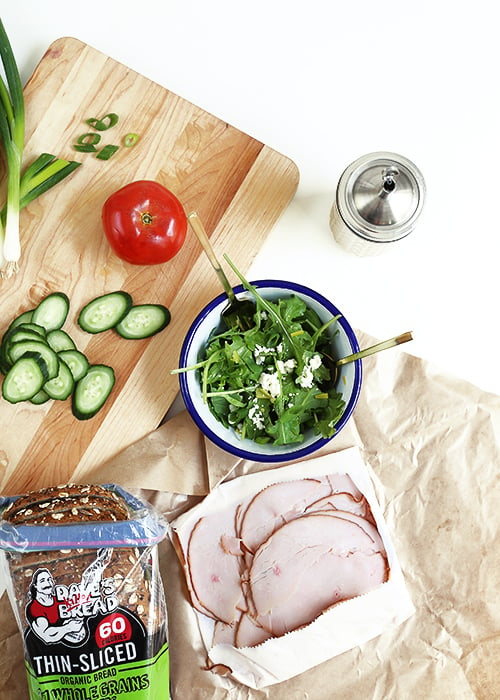 This post was created in ongoing partnership with Dave’s Killer Bread. They hit all my checkpoints—non-gmo, organic, familiar, nutrient-dense ingredients (like quinoa, millet, spelt, rye, barley), and no preservatives. But the proof is in the bread. It’s killer good.

I watch the chatter on Facebook. I hear the chatter in my own conversations. It’s easiest to take out a couple boxes, add labels, and file them away on a shelf to be filled. It keeps things tidy and organized, like my closets. It’s not uncommon to apply that same organization to human beings. My mom used to joke about The Roach Motel when we were kids. “Once you check in, you can’t check out,” she’d tease. Her joke was unrelated to the topic but applicable. When we file people away in a container with a sticky solution painted to the bottom, it’s really hard to climb out.

Early on in college, I had my second knee surgery after a soccer injury. Post surgery, I was immobile for quite some time and put on extra weight, which on my very short frame looked like a lot of weight. I was uncomfortable and disappointed with myself. It must have been over spring break that I expressed my frustrations to my dad. “Do you want me to send you to a nutritionist?” he said. In that moment I resolved to become my own nutritionist. And I did, with my dad as my biggest encourager. I moved home for a year after college to save money. I worked out nearly every night after work. And every night, he’d walk by the living room, mid-lunge, and praise my efforts. It sounds trite, but I changed because he believed in me, sometimes more than I believed in myself.

I love Dave’s Killer Bread because it’s the best bread on the shelf. We buy it on a weekly basis. But I also love them because they operate on the second chances model. Dave, the co-founder, spent 15 years in prison before coming back to the family bakery business and developing the most flavorful and nutrient dense loaf. Currently, around 30% of their employees were incarcerated. If you know anyone that’s been through the prison system, you know it can be incredibly hard to find a job and housing post-prison. And when they can’t, it’s really easy to go back to what they know. That’s recidivism. That’s the boomerang effect. I use the story about weight gain to talk about one universal truth—habits are hard to change unless someone reaches out a hand or lends you a ladder.

After lots of schooling, Kev ended up working with kids. I like to think that he’s still reducing recidivism rates through preventative therapy, mostly because I’m at home stacking Italian Salad Sandwiches a mile high. I’m not on the frontlines, but at least I’m using life changing bread.

This sandwich is an adaptation of my Italian Summer Salad. You quite literally make an abbreviated salad for one of the layers on the sandwich. It’s kinda like a panzanella sandwich, if that’s even a thing. I like to use Dave’s Killer Bread Thin-Sliced 21 Whole Grains and Seeds for both its slim size and use of seeds that are traditionally served in the salad. Make a double stack, cut it in half, gawk at the cross section, and share with a friend.

If you’re really into sandwiches right now, check out FoodieCrush’s post on How to Build a Better Sandwich.