From me, to you + Jiffy Cornbread

Veggie Pot Pies in a Mug 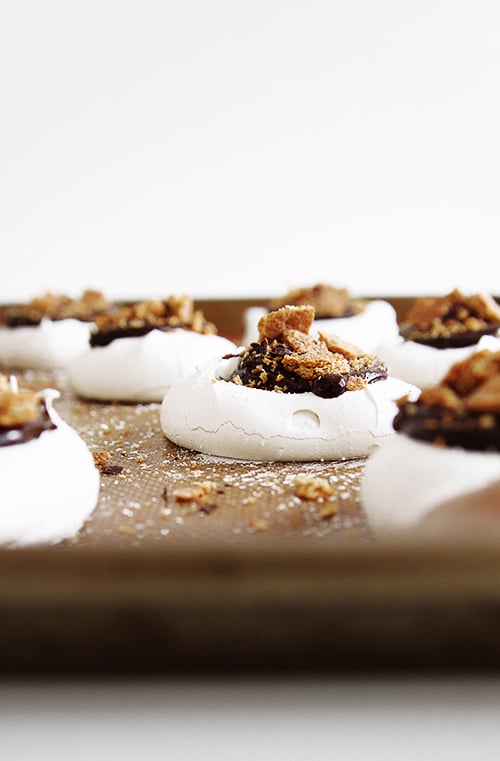 If ever there’s ever a s’mores dessert on a menu, I’m quick to order it. We’ve ordered a slice of s’mores tart on two separate occasions recently. And on both occasions, I bookmarked the idea for later. But it was the time it took to make marshmallows that put a halt in my home-made idea. And then I found myself with a surplus of egg whites in the fridge, an unopened box of graham crackers, a brick of chocolate, an extra 20 minutes, and a better idea. END_OF_DOCUMENT_TOKEN_TO_BE_REPLACED

Valentine’s Day is a trade-off in our house. One year I plan. The next year he plans. It’s romantic, I promise. We have yet to talk about it this year though. I’m hoping that means it’s his turn. But just in case, I’ll have s’mores ready. They have a sweet spot in our hearts.